On the road! Nashville shows with Ryan Harvey and Kareem Samara!

Yesterday, my mates Ryan Harvey and Kareem Samara and me drove down from Baltimore to Nashville, Tennessee. Why were we driving to Nashville? Well, to play two shows together, opening for Ani DiFranco!!

Ryan has just recorded and published a really impressive song that Woody Guthrie has written about his racist landlord, Fred Trump, who is Donald Trump’s father (yep, it runs in their family). The song was recently discovered and had never been recorded by Woody Guthrie himself. Ryan, after getting the green light from the Woody Guthrie foundation, has recorded this powerful song with Ani DiFranco and Tom Morello. They released it through their very vital political music Firebrand recordlabel, which I’ve mentioned a couple of times now:)

Here is where you go to get the track ‘Old Man Trump’ and blast it right after you’ve got it, for it’s sadly still relevant today.

I’m very happy to be playing music and hanging out again with Ryan and Kareem, (and very excited about playing a set at Ani DiFranco’s show!)

(We start at 19:30, after us is Chastity Brown and then Ani DiFranco)

(We start at 19:30 after us is Chastity Brown and then Ani DiFranco)

A few brilliant Firebrand artists will play, like Son of Nun!

We are gonna see if we can get some house shows on the road trip, (Among other records, we play Buffy Sainte-Mairie‘s  record ‘Power in The Blood’, whilst driving through the stolen land). I will update when that happens to be the case, and when I’m back in The Netherlands I will go on tour with Sprank in the UK for a bit, hopefully set up some shows for Almudena y Davide in the summer and maybe play a few festivals. 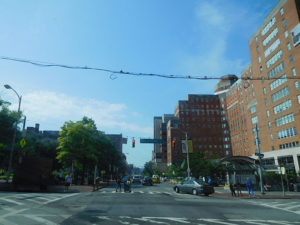